How an Idea Came About which Became a Successful Venture

How we decided that a Trivia game about Television was a good idea and the strategy to develop it. The idea became a big success, and Harvard Business School wrote a case study on it that is taught in many universities around the world. 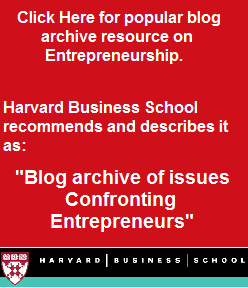 Most Entrepreneurs and students have a shortage of time. These mostly one sentence Tips are designed to address this problem and their desire to improve their company.

Many tips have a link to a germane article related to the Tip.